New Here? Fill out our connect card We will send you all the details to our online community & a FREE Gift! Find the card here!
back

24 Now Thomas, one of the twelve, called the Twin, was not with them when Jesus came. 25 So the other disciples told him, “We have seen the Lord.” But he said to them, “Unless I see in his hands the mark of the nails, and place my finger into the mark of the nails, and place my hand into his side, I will never believe.” 26 Eight days later, his disciples were inside again, and Thomas was with them. Although the doors were locked, Jesus came and stood among them and said, “Peace be with you.” 27 Then he said to Thomas, “Put your finger here, and see my hands; and put out your hand, and place it in my side. Do not disbelieve, but believe.” 28 Thomas answered him, “My Lord and my God!” 29 Jesus said to him, “Have you believed because you have seen me? Blessed are those who have not seen and yet have believed.”

The Purpose of This Book

30 Now Jesus did many other signs in the presence of the disciples, which are not written in this book; 31 but these are written so that you may believe that Jesus is the Christ, the Son of God, and that by believing you may have life in his name.

21 After this Jesus revealed himself again to the disciples by the Sea of Tiberias, and he revealed himself in this way.2 Simon Peter, Thomas (called the Twin), Nathanael of Cana in Galilee, the sons of Zebedee, and two others of his disciples were together. 3 Simon Peter said to them, “I am going fishing.” They said to him, “We will go with you.” They went out and got into the boat, but that night they caught nothing. 4 Just as day was breaking, Jesus stood on the shore; yet the disciples did not know that it was Jesus. 5 Jesus said to them, “Children, do you have any fish?” They answered him, “No.”6 He said to them, “Cast the net on the right side of the boat, and you will find some.” So they cast it, and now they were not able to haul it in, because of the quantity of fish. 7 That disciple whom Jesus loved therefore said to Peter, “It is the Lord!” When Simon Peter heard that it was the Lord, he put on his outer garment, for he was stripped for work, and threw himself into the sea. 8 The other disciples came in the boat, dragging the net full of fish, for they were not far from the land, but about a hundred yards off. 9 When they got out on land, they saw a charcoal fire in place, with fish laid out on it, and bread. 10 Jesus said to them, “Bring some of the fish that you have just caught.” 11 So Simon Peter went aboard and hauled the net ashore, full of large fish, 153 of them. And although there were so many, the net was not torn. 12 Jesus said to them, “Come and have breakfast.” Now none of the disciples dared ask him, “Who are you?” They knew it was the Lord. 13 Jesus came and took the bread and gave it to them, and so with the fish. 14 This was now the third time that Jesus was revealed to the disciples after he was raised from the dead.

Jesus and the Beloved Apostle

The Two Most Important Words

What does the Bible say about?

Take a few minutes of silence. Allow your own thoughts to quiet and be still. Where does the Holy Spirit want you to decrease so that Christ could increase in your life? What part of your life, if reduced, would make more room for you to thrive spiritually?

QUESTIONS TO ASK WHILE READING SCRIPTURE

What does this reveal about God?

What does this reveal about you in relation to God?

What do you need to do about it?

I HAVE A QUESTION

On this website's homepage.

This I Believe (The Creed)

How Can I Be Intentional When Reading Scripture?

One Method To Use When Reading Scripture:

S.cripture: Write down the Bible passage you will be studying.

O.bservations: Examine the text and write down what you notice and see. Start with the obvious and move to the deeper.

A.pplication: Apply God’s Word to your life in a practical way. What is God saying about Himself, about you and about what He is calling you to?

P.rayer: Respond to God’s Word with your own words.

S.hare: Commit to share what God is showing you with someone else.

How do I talk with God?

One Way to talk with God is to: 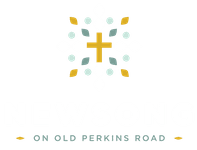